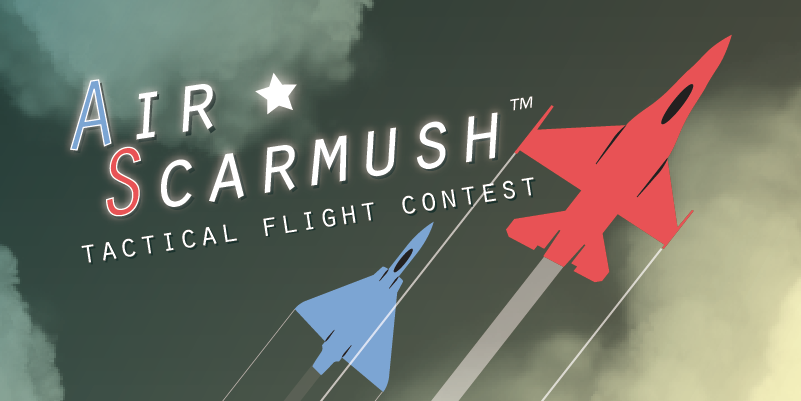 Air Scarmush is a hybrid board/app tactical air combat game for two players that runs on a 'simultaneous turn by turn' basis over a board of hexagons. Board and pawns to print and assemble yourself.

Step into the seat of an eager pilot participating in the Air Scarmush grand tactical fight contest.
Experiment with the machines and develop the skills that'll help you take control of the skies.

Confront your friends in thrilling dogfights and air to ground raids to finally prove who's the greatest pilot of all time.

Air Scarmush offers a unique setup to help you easily learn the choices in terms of air combat maneuvers and tactics that will surely lead a pilot to victory.

The app allows you to choose your next manoeuvre/action with a simple tap on the screen. The movement options available for a given turn are based on the manoeuvre that has been performed previously, which opens or closes opportunities. The app contains the game manual, the scenarios, a link to the pdf document to print and shape and the user interface to select and present the different manoeuvres and actions.

Each aircraft type has a specific flight model based on the laws of dynamics that allows them to fly on the game board in a realistic way. The resolution of offensive actions takes into account the position/attitude of the planes and evasive manoeuvres in determining success.

Each game turn represents 8 seconds of flight time, which allows complex manoeuvres such as Immelmann, Split S, High yo-yo or Barrel roll to be performed in sequence.

The game features 20 scenarios (involving 1 to 9 aircraft) that include air-to-air and/or air-to-ground objectives, 5 aircraft types (fighter, interceptor, ground attack, bomber, transport) and 11 weapon/action types (cannon, missiles, bombs, countermeasures,...). Each scenario offers a number of points to be won by each team, the one that has won the most points wins the battle.